Book your room directly on the website of our hotel, via e-mail or phone and we will give You many gifts. Collect the benefits and enjoy the advantages during your stay! Aquamarin Plus, it is always worth to book directly! 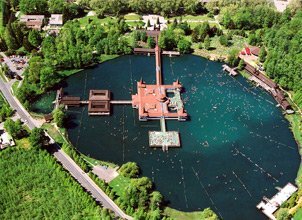 In the course of history almost all peoples that appeared in the Balaton region left their traces in Hévíz and the immediate area. In the year 2001 archaeological excavations in the Egregy district of Hévíz produced very important results. The finds give evidence that this area has been continuously inhabited for seven millennia, from the middle of the new Stone Age (the end of the 6th century B.C.) until the Carolingian era preceding the Magyar Conquest (9th century A.D.).

The most significant finding recovered a centrally heated corridor type villa with a floor space of nearly one thousand square metres that dates back to the early period of the Roman Empire. The executive board of Hévíz intends to put on display the ruins of the building together with some of the finds. The "Roman grave" in Egregy and the altar-stone dedicated to God Jupiter that was found next to the Margaret Villa near Lake Hévíz date back to the late Roman Empire.
Based on the above-mentioned finds we can assume that the Romans already knew about the curing effects of the thermal water which proved to be attractive to the owners of the Roman villas.
In addition, the water of the lake was also used for industrial purposes - for the manufacture of hemp, flax and leather products.

The name "Hévíz" first appeared in a charter dated 28th March 1328 in which the Chapter of Veszprém inaugurated Pál Magyar, the reeve of Gimes, into his estate called Szentandrás-páh. In the description of the boundary lines of the estate mention was also made of a place, commonly called "hévíz" (thermal waters) ("ad locum vulgariter heuvyz dictum"). Linguists suppose that the Hungarian word "hévíz" means "streaming, hot spring" and so it was used in this sense in the Middle Ages, too. 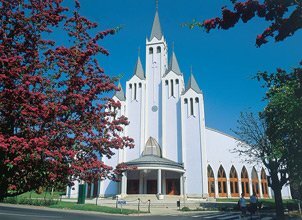 There are no traces that would indicate the usage of the waters of Lake Hévíz for medical purposes during the centuries of the Middle Ages. Nevertheless, the possibility of this cannot be excluded since thermal waters were extremely popular during the Turkish era, especially among soldiers serving in border castles who often suffered from gout. Local people must have used the thermal waters gushing up in the marshy vegetation of reeds and sedges for occasional bathing.

17th century sources reported about the water treatment work in the valley of Hévíz in relation to the setting up of mills, that gives evidence of the utilization of outflowing water.

Lake Hévíz emerged from anonymity during the 18th century to give rise to Hévízfürdô at the end of the century. Mátyás Bél, one of the polymaths best known in contemporary Hungary visited this area in 1731 and gave a relatively detailed account of his experiences. In 1769 the first scientific analysis of the spring lake waters was carried out and published by Ferenc Szláby, the chief medical officer and physicist of Zala county. 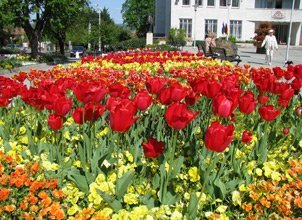 Towards the end of the century Lake Hévíz was already marked in some maps. In 1783 on the order of Joseph II the map of the first military survey shows Lake Hévíz was labelled as "a hot sulphurous lake" and the mill rill running out of it was called "Hévíz Brook".
In 1780 the name of Hévíz appeared in print for the first time in Károly Gottlieb Windisch 's work in German ("The Geography of the Hungarian Kingdom"). Hévíz was also mentioned in the Mátyás János Korabinszky's Cyclopaedia of Hungarian History of Geography published in 1786. In the 18th century Hévíz valley was valued because of the mills and - here and there - the excellent hay crops. The utilisation of the medicinal water came in the forefront in the last decade of the century. It is the merit of Count György Festetics to promote the rediscovery of the water and the development of the spa resort.